A workout led to one woman’s stage 4 OC diagnosis 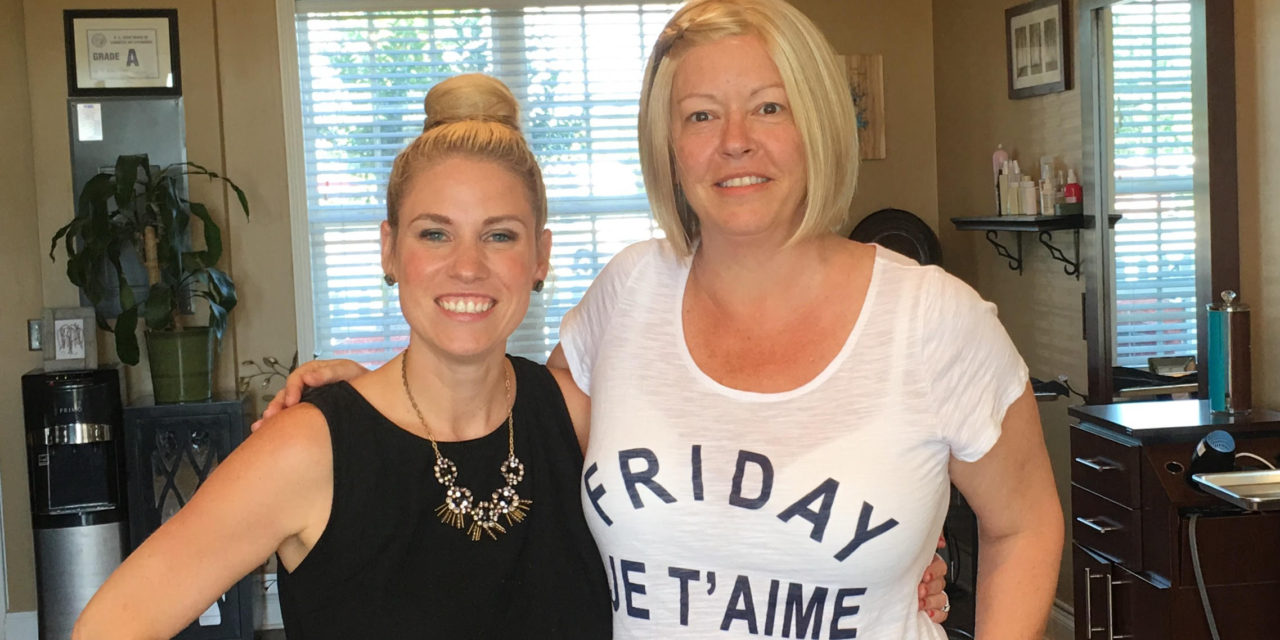 Ovarian cancer symptoms are scary because they are essentially the symptoms of being a woman. What woman hasn’t experienced abdominal pain, bloating or frequent urgency to urinate?

So many stories of diagnosis come down to a woman’s diligence in advocating for her own health and refusing to give up.

Karen McNevin of Mooresville, N.C., is one such woman. She had read ovarian cancer can run in a family, so she underwent BRCA gene testing to see if her female family members should be concerned. Thankfully, Karen tested negative for both BRCA 1 and 2.

With a renewed dedication to staying healthy, Karen joined her husband’s workout regimen. On the first day they worked out together, she lay stomach-down on an exercise ball for one of their routines. By the third class, she began to think she had cracked a rib because of the upper abdominal pain. Her husband teased her and said it was probably fine – but he also urged her to check it out.

The results were life-changing. A chest X-ray showed a pleural effusion (fluid) outside Karen’s right lung. “They extracted half a liter of fluid and sent that off for testing,” Karen explained. “And that’s when it came back ovarian cancer.”

“I was completely surprised by how everything worked out,” she said. “I go for every possible annual exam that you’re supposed to do.” Because Karen’s cancer was microscopic, it eluded three CT scans and an endoscopy.

Scared about what to do next, Karen saw three different doctors who ordered a variety of tests. That’s when she saw a news report about Sherry Pollex fighting ovarian cancer, too. She discovered Dr. Matt McDonald was treating Sherry. Four weeks later, she met with him and devised a plan.

“Sherry has been the light of my pathway here,” Karen said of becoming Dr. McDonald’s patient. “It’s just wonderful.” Like Sherry, Karen urges anyone who suspects or has a diagnosis of ovarian cancer to find a gynecologic oncologist like Dr. McDonald.

More about OC: Questions to ask your oncologist

Karen’s cancer was labeled stage 4 because ovarian cancer cells were identified in the pleural effusion, she said, “but the actual cancer is in both of my ovaries and uterus – all microscopic, so we didn’t know it until my surgery at MD Anderson.”

At only 49 years old, Karen underwent a complete hysterectomy. When we spoke in early June, she had undergone two chemo treatments and had four remaining. She felt strong and was excited about attending a music festival with Dr. McDonald’s blessing – which was important because it meant delaying her next treatment.

“I thought he wouldn’t be OK with [delaying the next round of chemo],” Karen said with a laugh, “But he said, ‘I don’t mind at all! You need something to look forward to!’”

Karen attended the Teal Diva 5k on May 7, where she met Sherry and learned SherryStrong.org would launch that week. The timing was perfect.

“My hair was coming out in handfuls, and I tried to deal with it – and then one day it was just, ‘OK, I’ve had enough,’” Karen said. She read one of Sherry’s first posts, “Can we have a moment of silence for our hair, please?”

That day, Karen called CJ DeAndrea, who fit Karen into her schedule within hours.

“When Karen reached out to me, I had a lot of emotions going on,” CJ said. “I was shocked that someone contacted me within days of the site being launched. I was touched that by reading my post about wigs that she trusted me, and wanted me to be apart of her journey.”

“I was also nervous, because the other times I have been apart of someone’s journey, I knew them prior.”

“From the minute I walked in she was so nice and hugged me,” Karen shared. “She offered to come to my house and do it privately. It was like I knew her.

The two discussed shaving Karen’s head and whether Karen was OK going through the process in the very public salon. CJ said Karen wasn’t worried about anyone seeing them. “She is one of those people with an infectious personality,” CJ said. “I felt like I knew her for a long time.”

CJ recommended that Karen keep some of her hair and not go completely bald. “In my experience, most people have been happy leaving a little bit,” she explained. Karen hadn’t considered that option, and CJ cut her hair down to a number two clip.

Karen already had a wig – but wasn’t sure what to do with it. Because it was synthetic, CJ couldn’t style it with any heating tools. “I was able to cut it for her, and do a fun braid on it because she had plans that night. I showed her some other fun ways to pull it away from her face, and where the wig should be placed on her head.”

“I have to be honest, May 13, the day we met, will always be a special date to me,” CJ said. “She really impacted my life more than she knows.” 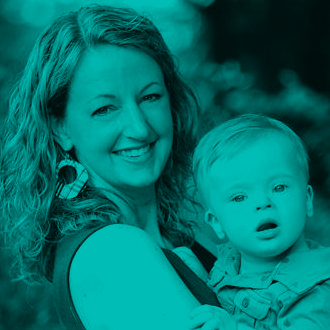 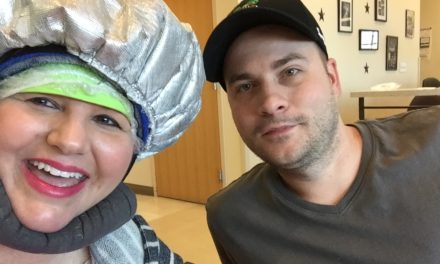 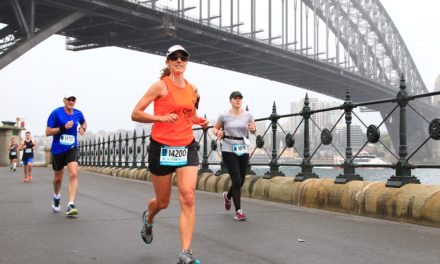 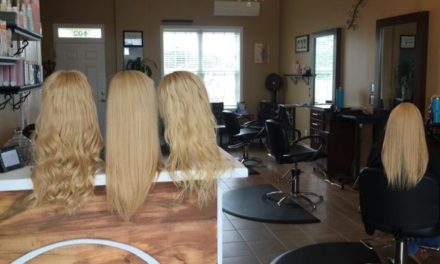 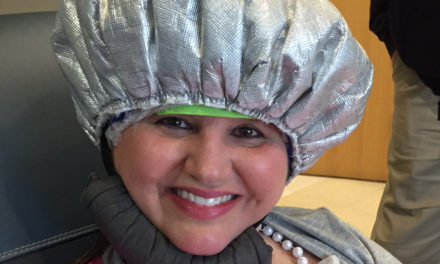